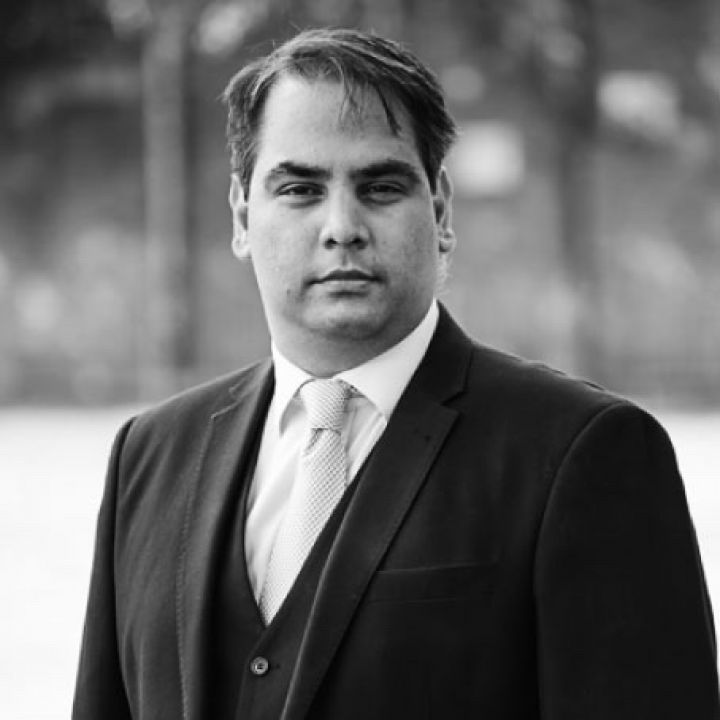 Sachin Rajput was called to the bar of England & Wales in 2004. Having joined the team of expert criminal defence lawyers at EBR Attridge LLP in 2011 he has continued to develop his working practice nationally throughout the UK courts

Sachin Rajput is an experienced trial advocate with a busy and varied Crown Court practice. He is entitled to appear in all Courts and in all proceedings including civil proceedings. He is regularly instructed both privately and through public funding in serious and complex crime including white collar crime. He does not discriminate against the nature of any case and is able to defend in cases whether brought by the Crown Prosecution Service, Serious Fraud Office or other law enforcement agency. He is often instructed in cases which have an international element of criminality including elements of cross-border police investigations.

Sachin is able to provide representation to company directors and owners as well as other corporate bodies facing prosecution by law enforcement agencies and financial regulatory authorities including, by way of example, the FCA (Financial Conduct Authority), formally known as the FSA (Financial Services Authority) and the National Health & Safety Executive.

Although Sachin has a busy Crown Court advocacy practice, he is police station accredited and has rights to conduct litigation too whereby he can represent clients from the police station stage right the way through to the Crown Court and Appellate Courts making him a valuable asset to the EBR Attridge LLP team and indeed of benefit to clients in general due to the breath of his experience.

Sachin Rajput can be contacted via email enquiries@ebrattridge.com  to discuss how he together with other team members at EBR Attridge LLP may be of service.

R v. S (CC at Harrow) – Armed Robbery. The Defendant was prosecuted along with others in this conspiracy, after a Flying Squad investigation, involving twelve armed robberies on bookmakers in London and the home-counties with the use of firearms.

R v. T (CC at Woolwich) – Arson with intent to endanger life. Threats to kill previously made followed by accelerant poured through letterbox late at night with the occupants present including a pregnant female.

R v. C (CC at Guildford) – Theft and Fraud. Theft of significant sums of money over a significant period of time by a carer in significant breach of trust.

R v H (CC at Woolwich) – Serious sexual assault on numerous occasions including penetration by a male on his step-grand daughter.

R v. S (CC at Woolwich) – Grievous bodily harm (GBH) with intent. - Multiple stabbing of a shop keeper by a member of the public.

R v. A (CC at Maidstone) – Fraud and conspiracy to launder significant sums of money. This involved multiple advance-fee frauds globally with money being channelled through various bank accounts. The sum involved was £3.97 million and was believed to be part of a bigger fraud in the region of £50million.

R v. B (CC at Kingston) – Aggravated burglary. Victim tied up at home and threatened with knives and a firearm.

R v. N (CC at Wood Green) – Making several hundred indecent images of children including a significant number of the most serious nature.

R v. M (CC at Basildon) – Cheating the public revenue. The defendant was a qualified self-employed accountant and director charged with defrauding HMRC to the sum of around £180,000

R v. B (CC at Croydon) – Possession of a firearm with intent to endanger life – Discharging of a firearm through a bedroom window with a teenage girl seen at the window at the time.

R v. C (CC at Woolwich) – Rape. - The defendant was charged with two stranger rapes involving the added trauma of robbing and thieving from his victim.

R v. D (CC at Woolwich) – The Defendant was arrested for attempted murder and subsequently charged with Grievous Bodily Harm (GBH) with intent along with other similar offences. The incidents commenced with random attacks on members of the public and threatening with a knife before the plunging of a knife into the chest of the last victim in this high profile case.

R v. N (CC at Isleworth) – Armed Robbery. – Defendant charged as part of a gang who had robbed a number of jewellers with the use of serious violence including the use of a stun gun.

R v. M (CC at Harrow) – The defendant was charged with causing or allowing serious physical harm to her 11 week old baby including a significant number of non-accidental fractures inflicted over a period of time since birth requiring surgical treatment.

R v. F (CC at Inner London) – The defendant was charged along with others in relation to a significant number of planned and organised moped-enabled armed robberies which involved the threat and use of violence.

R v. O (CC at Harrow) – Robbery.  Violent street robbery of an elderly lone female who sustained a fractured skull and bleeding on the brain who survived with serious life changing injuries after a significant number of months in hospital.

R v. A (CC at Southwark) – The Defendant was the managing director of a company with a multi-million pound annual turnover.  He was prosecuted, along with other businessmen, for money laundering offences