Sexual Offences and the Issue of Consent

Sexual Offences and the Issue of Consent

A vast number of sexual offence cases revolve around the issue of consent. In everyday terms, the 'consent issue' should be straightforward, either someone did, or did not, consent to sexual intimacy.

In real life, particularly in the context of sexual relationships, deciphering the intentions and beliefs of those participating in sexual relations has proven to be complicated and troublesome for juries. Human behaviour is more than the spoken word and working out the truth of what happened, generally in private, is very difficult.

Caselaw in this area continues to evolve, and we monitor developments closely. This week the Court of Appeal grappled with the issue of lies and whether a deception can vitiate consent. This case isn't the first time that a court has considered the question.

What were the circumstances?

The prosecution alleged that the appellant falsely represented to the complainant that he had had a vasectomy. On that basis, she agreed to unprotected sexual intercourse when otherwise she would have insisted on his wearing a condom.

Her evidence was that before they had sexual intercourse, she sought an assurance that the appellant had definitely had a vasectomy. He assured her that he had. She made it clear that she did not want to risk becoming pregnant. He reassured her again that he had undergone a vasectomy. Sexual intercourse then took place between them on two occasions without the use of contraception.

The appellant left during the night. In an exchange of messages the following morning he said "I have a confession. I'm still fertile. Sorry." The complainant later discovered that she was pregnant and underwent a termination.

Very little else was in dispute. The complainant, in this case, consented to sexual intercourse but based on a lie. Was that consent in law?

The prosecution case was that the complainant's consent was vitiated by the appellant's deception and that even if he genuinely believed that she had consented, such a belief was unreasonable.

What did the court decide?

The court started with this telling observation:

'...the jury concluded that the complainant relied on the appellant's deception regarding a vasectomy and that she would not have consented to unprotected sexual intercourse had she thought him to be fertile. However, the "but for" test is insufficient of itself to vitiate consent. There may be many circumstances in which a complainant is deceived about a matter which is central to her choice to have sexual intercourse. [The case of] Monica was an example, but they can be multiplied: lies concerning marital status or being in a committed relationship; lies about political or religious views; lies about status, employment or wealth are such examples. A bigamist does not commit rape or sexual assault upon his or her spouse despite the fundamental deception involved. The consent of the deceived second spouse, even if it would not have been forthcoming had the truth been known, does not vitiate consent for the purposes of sexual offending. Neither is the consent of a sex worker vitiated if the client never intends to pay.'

The court held that the central point was:

The court ultimately decided that:

'Unlike the woman in Assange, or in R(F), the complainant agreed to sexual intercourse with the appellant without imposing any physical restrictions. She agreed both to penetration of her vagina and to ejaculation without the protection of a condom. In so doing she was deceived about the nature or quality of the ejaculate and therefore of the risks and possible consequences of unprotected intercourse. The deception was one which related not to the physical performance of the sexual act but to risks or consequences associated with it. We should add that the question of consent could not be affected by whether pregnancy followed or not; and neither could it be affected by the gender of the person who was guilty of deceit.'

The two convictions for rape were, therefore quashed. It would appear that the court has no intention of attempting to reframe the boundaries of content, instead making it clear that this is a matter for Parliament:

'Arguments about consent in cases of alleged sexual offending sometimes proceed on the assumption that the meaning of "consent" is a matter for development by the common law. That was the position in the nineteenth century when the seminal cases on impersonation and misconduct during medical examinations were decided. It is no longer the position because consent is defined in section 74 of the 2003 Act, with the evidential presumptions found in section 75 and the conclusive presumptions in section 76. Any novel circumstances must be considered by reference to the statutory definition, namely whether the alleged victim has agreed by choice and has the freedom and capacity to make that choice. There is no sign that Parliament intended a sea change in the meaning of consent when it legislated in 2003. The Law Commission and Criminal Law Revision Committee, as we have noted above, have both in their turn drawn attention to the acute difficulties in dealing with the circumstances where someone had been tricked into consenting to sexual contact as a result of misrepresentations. We echo the observations of Latham LJ that these issues require debate as matter of social and public policy.'

Many groups have already been highly critical of this recent case, and politicians may likely come under some pressure to reform the law in this area. As a firm, we will continue to monitor all legal developments in this fast-moving area of law closely, and ensure that no valid arguments are overlooked.

[Image credit: "Intimacy at New Year #1" by Thijs Paanakker is licensed under CC BY 2.0]

If you need specialist advice, then get in touch with gerrymcdonald@ebrattridge.com, enquiries@ebrattridge.com or on the office number 0208 808 0774 and let us help. We can advise on a plea, defences and potential sentences in a wide range of circumstances. 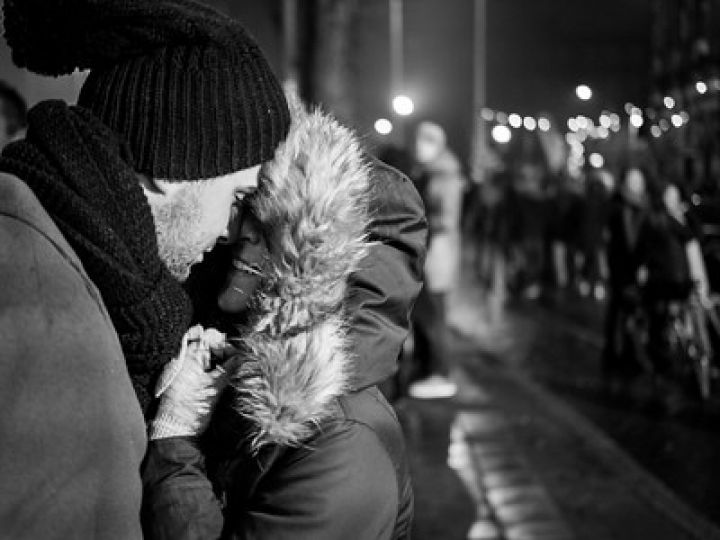