Fighting for a Suspended Prison Sentence

Fighting for a Suspended Prison Sentence

In many cases, despite the fact an offence is serious enough for a custodial sentence to be imposed, this can be avoided if the court can be persuaded to suspend the prison sentence.

Which length of sentence can be suspended?

The sentence must meet these rules:

(3) Where consecutive suspended sentences are passed the aggregate sentence must not      exceed two years.

(4) There are factors which make it appropriate to suspend the sentence.

General guidance on when to suspend a prison sentence is set out in a Sentencing Council Guideline which all judges must have regard to.

Does having a trial and being convicted mean a sentence will not be suspended?

Not necessarily, but it is something to be borne in mind. The absence of a guilty plea may provide a justification for not suspending a sentence where it bears upon the judicial assessment of whether there is a realistic prospect of rehabilitation (see Evans [2019] EWCA Crim 606).

Where an offender has spent time on remand equal to, or in excess of, the appropriate sentence, there may be no circumstances in which additional punishment in the form of a suspended sentence order could be justified and the court may consider imposing a conditional discharge, see Dawes [2019] EWCA Crim 848 where the court held that it is illogical to impose a suspended sentence that, if breached, would not result in the offender serving any of the sentence in custody given that the remand time would be automatically deducted.

In appropriate cases, the court may impose a fine in addition to a suspended sentence order. In the case of Butt [2018] EWCA Crim 1617 the Court of Appeal considered Health and Safety Offences by an individual in relation to the letting of a residential property which had a substantial capital value and generated significant income. The Court indicated that the imposition of a fine together with suspended sentence was particularly apt when the offending is related to a defendant's business or employment, when dealing with offenders with substantial means, or when the sentence allows an offender to continue in well-remunerated work.

The Importance of the Court Giving Reasons

Where the sentence is capable of suspension but the court has concluded that an immediate custodial sentence is the only appropriate sentence, the reason for so concluding should be identified. A failure so to do is going the make the sentence more susceptible to a successful appeal and an absence of reasoning will result in the court having to reach its own conclusions on the issue. Where reasons are given then the Court of Appeal should be slow to interfere with the decision, see for example, Robinson [2019] EWCA Crim 1619.

We are well versed in the case law and work hard in appropriate cases to ensure that any sentence of imprisonment that can properly be suspended, is suspended. Even in times of Covid19 it should not be taken for granted that a court will be so inclined, so thorough preparation and sound advocacy can make all the difference on the day, it should never be left to chance.

[Image credit: "Into the Prison" by Bill Nicholls is licensed under CC BY-SA 2.0]

If you need specialist advice, then get in touch with the team on 0208 808 0774 or alternatively email us on enquiries@ebrattridge.com and let us help. We can advise on a plea, defences and potential sentences in a wide range of circumstances. 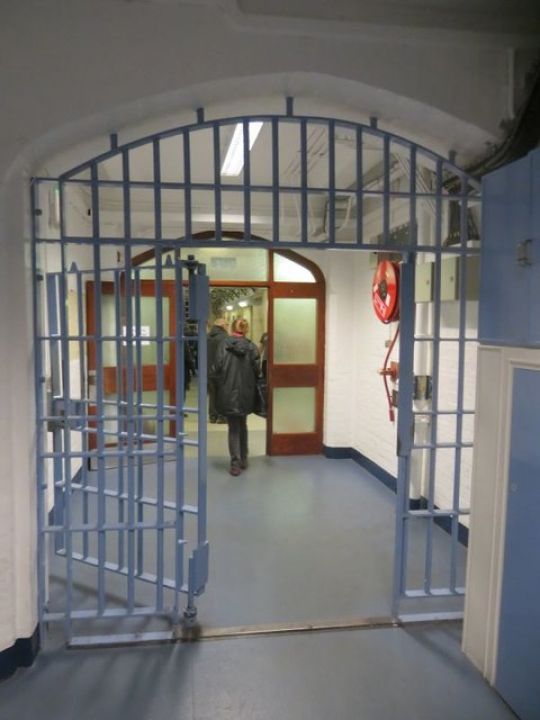