The law of self-defence is again in the spotlight following the case of 78-year-old Richard Osborn-Brooks who was briefly investigated after the fatal stabbing of a burglar who entered his property.

Mr Osborn-Brooks woke in the early hours to find two men in his house and stabbed one of the intruders in the upper body, resulting in death.

So, what are your rights when dealing with an intruder?

Is revenge an option?

There is no 'right of revenge' in English law, punishment, following conviction is meted out by the courts.

Can I Defend Myself or my Family From Attack?

You do have the right to use reasonable force to defend yourself.

There is a mix of statutory and common law provisions that provide for self-defence.

"A person may use such force as is reasonable in the circumstances in the prevention of crime, or in effecting or assisting in the lawful arrest of offenders or suspected offenders or of persons unlawfully at large."

The government, with much fanfare, enacted section 76 of the Criminal Justice and Immigration Act 2008, to provide for a so-called 'householder defence'. Also, case law (common law) also defines the scope of this defence.

What does self-defence mean?

"In their Lordships' view the defence of self-defence is one which can be and will be readily understood by any jury. It is a straightforward conception. It involves no abstruse legal thought. It requires no set words by way of explanation. No formula need be employed in reference to it. Only common sense is needed for its understanding. It is both good law and good sense that a man who is attacked may defend himself. It is both good law and good sense that he may do, but may only do, what is reasonably necessary. But everything will depend upon the particular facts and circumstances. Of these a jury can decide. It may in some cases be only sensible and clearly possible to take some simple avoiding action. Some attacks may be serious and dangerous. Others may not be. If there is some relatively minor attack it would not be common sense to permit some action of retaliation which was wholly out of proportion to the necessities of the situation. If an attack is serious so that it puts someone in immediate peril then immediate defensive action may be necessary. If the moment is one of crisis for someone in imminent danger he may have to avert the danger by some instant reaction."

In Ray [2017] EWCA Crim 1391 the court went on to consider the amendments made by the Criminal Justice and Immigration Act, and the following principles emerge:

It can be said therefore that the statutory provisions have slightly refined the common law so far as householder cases are concerned in that a degree of force used that is disproportionate may nevertheless be reasonable. In a non-householder case the position is different; in such a case the degree of force used is not to be regarded as reasonable if it was disproportionate

The Judge should be very careful when summing-up to ensure that a jury is aware of the special feature of householder cases, in Ray, the court stated:

"It nevertheless may not always be easy for a jury readily to appreciate the task that faces them in a householder case. It is therefore important that when summing up in cases where the householder's defence is raised the judge gives some colour to the issue of self defence which arises. It may be helpful to explain to the jury in general terms that Parliament has conferred a greater latitude in cases of a householder in his own home, for reasons they will doubtless readily understand. It can be pointed out that what might be an unreasonable degree of force used when confronting an aggressive individual in a club might not be so when used by a householder confronting an intruder in his own home. That is why it is particularly important that the jury assess the defendant's actions by reference to the circumstances in which he found himself and as he believed them to be – a point that can then be illustrated and expanded in the summing up with the detail appropriate to the case. However, it must of course be made clear to the jury that the use of force that is grossly disproportionate (completely over the top, in ordinary language) can never be reasonable.

It would, in our view, generally be helpful also to explain to the jury in such a case in everyday language the dilemma that would confront any householder when an intruder enters his or her house.

It would often be helpful, for that purpose, to spell out the kind of circumstances which the jury should consider in determining whether the degree of force used by a householder was reasonable. These might, for example, include the shock of coming upon an intruder, the time of day, the presence of other help, the desire to protect the home and its occupants, the vulnerability of the occupants, particularly children, or the picking up of an object (such as a knife or stick that would lawfully be to hand in the home), the conduct of the intruder at the time (or on any relevant previous occasion if known to the defendant). Each of these might lead to the view that what was done, such as using a knife, which otherwise in a different context might be unreasonable, in the circumstances of a householder coming on an intruder might, in all the circumstances of such a case, be reasonable.

Another useful illustration may be the question of retreat. S. 76(6A) makes clear that there is no duty to retreat; the possibility of retreat is but a factor in determining whether the degree of force used was reasonable. If there is a threat of confrontation in the street, then the option to retreat may be important in determining whether the use of any force was reasonable. In the case of an intruder in the home, however, the option of retreat is unlikely to arise in many cases and therefore the degree of force used, although otherwise appearing to be disproportionate, might nonetheless be assessed as reasonable.”

Is this a straightforward law to understand and apply?

But it essentially boils down to this - if you do what you genuinely believe to be necessary to defend yourself or others from attack, the law will provide a defence. Your response will not be judged to a nicety, and the case law makes very clear that a degree of latitude will be given, due to the particular circumstances that you would face.

The case of Mr Osborn-Brooks is tentative support for the rebalancing of law in this area having worked well.

To discuss any aspect of your case please contact the team on enquiries@ebrattridge.com 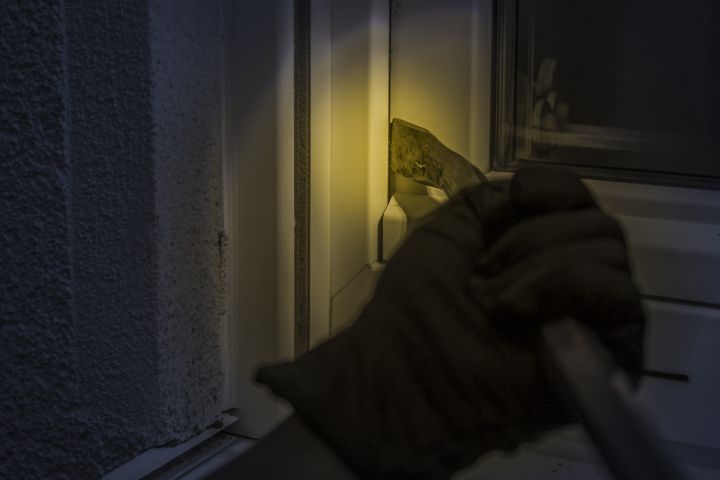