Sex Offenders - Putting the Past Behind You

What is the 'Sex Offender Register'?

The duration of the notification obligation depends on the sentencing disposal and the age of the offender. These are the relevant periods for adult offenders:

What are the notification requirements?

The notification requirements imposed are complex and in the main revolve around keeping the police informed of residence and travel plans, changes to personal details, whether residing in a household with a child, bank and credit card details and passport/identity documents.

If for any reason you do not understand your full obligations in this regard, so contact us as we can give specific advice.

What happens if I do not abide by the notification requirements?

Non-compliance means that you may have committed a criminal offence, which can be punished by up to 5 years imprisonment. Any breach is always treated seriously by a court.

It can be seen from the table above that some offenders are subject to the notification regime for an indefinite period. Until a court judgment in 2012, that meant for life.

A change in the law now means that some offenders can apply to have indefinite notification requirements removed.

Note that if you are subject to notification requirements for a fixed term, this cannot be reduced.

When can I make that application?

An adult can apply after 15 years a juvenile after eight years. However, if you are also subject to a Sexual Offences Prevention Order, that must be removed before an application can be made in respect to notification requirements, we can of course assist you with this.

How do I go about doing that?

There is a 2-stage process. Initially, there is an application to the police. If the application is refused, you can then appeal to a magistrates' court.

You might think so, but in our experience, this is not the case. Some police forces have reported an initial success rate of some 66%.

It is not, however, a simple case of writing a letter and asking for the requirements to be lifted. The police have to apply a statutory test, and it is vital that your application is drafted professionally to give you the best prospects of success.

In determining an application, the police must—

(1) have regard to information (if any) received from a responsible body;

(2) consider the risk of sexual harm posed by the offender and the effect of a continuation of the indefinite notification requirements on the offender; and

(a) the seriousness of the initial offence;

(b) the period of time which has elapsed since the offender committed the offence (or other offences);

(c) where the offender falls within section 81(1) of the 2003 Act, whether the offender committed any offence under section 3 of the Sex Offenders Act 1997;

(d) whether the offender has committed any offence under section 91 of the Act;

(f) the age of the offender at the time the offence was committed;

(g) the age of any person who was a victim of any such offence (where applicable) and the difference in age between the victim and the offender at the time the offence was committed;

(h) any assessment of the risk posed by the offender which has been made by a responsible body under the arrangements for managing and assessing risk established under section 325 of the Criminal Justice Act 2003;

(i) any submission or evidence from a victim of the offence giving rise to the indefinite notification requirements;

(j) any convictions or findings made by a court (including by a court in Scotland, Northern Ireland or countries outside the United Kingdom) in respect of the offender for any offence listed in Schedule 3 other than the one referred to in paragraph (a);

(k) any caution which the offender has received for an offence (including for an offence in Northern Ireland or countries outside the United Kingdom) which is listed in Schedule 3;

(l) any convictions or findings made by a court in Scotland, Northern Ireland or countries outside the United Kingdom in respect of the offender for any offence listed in Schedule 5 where the behaviour of the offender since the date of such conviction or finding indicates a risk of sexual harm;

(m) any other submission or evidence of the risk of sexual harm posed by the offender;

(n) any evidence presented by or on behalf of the offender which demonstrates that the offender does not pose a risk of sexual harm; and

(o) any other matter which the relevant chief officer of police considers to be appropriate.

How can we assist?

You will appreciate from the above that the appeal process is both complex and detailed.

We can assist in collating the material necessary to draft and submit an application that has the best chance of success, whether before the police or a court. 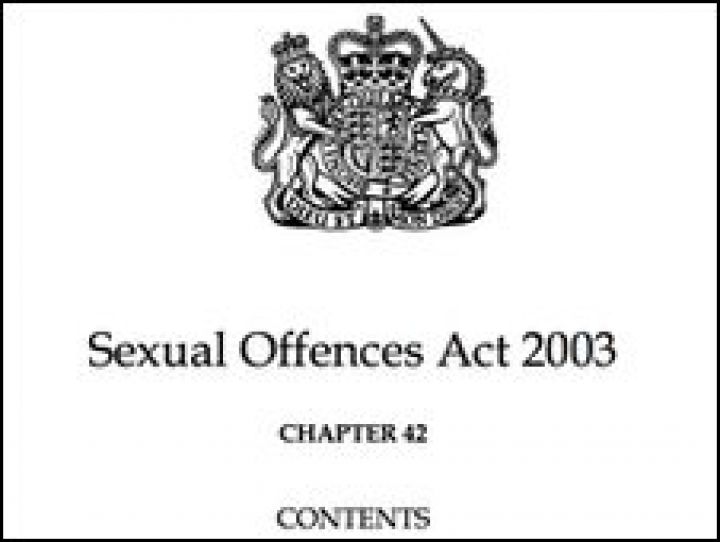