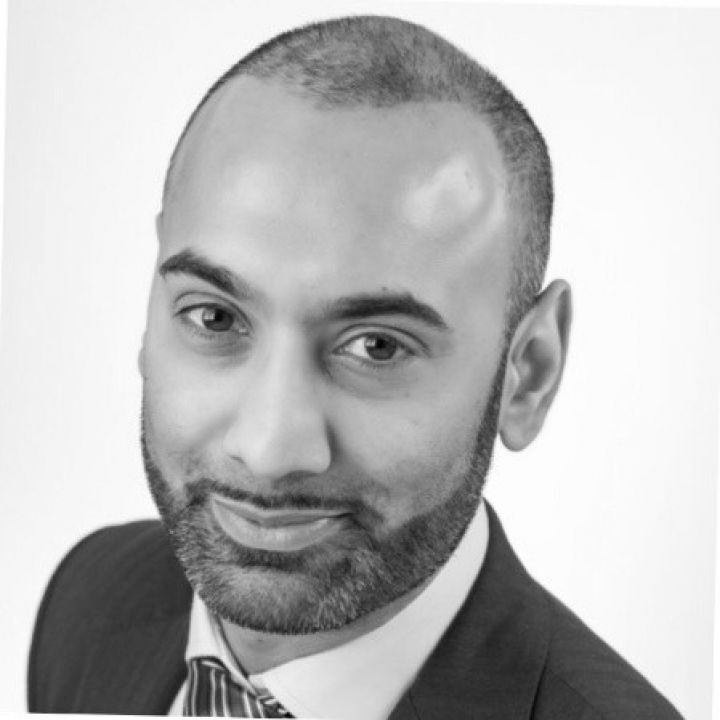 Davinder Virdi can be contacted on 020 8808 0770, or via email davindervirdi@ebrattridge.com to discuss how he together with other team members at EBR Attridge LLP may be of service

POSSESSION WITH INTENT TO SUPPLY, POSS OF A FIREARM/AMMUNITION

R v Foster (2018) Harrow Crown Court –Widespread sale of class a and b drugs over 2 years and having a modified firearm with ammunition. Lengthy plea bargaining led to a significant reduction of a 9 count indictment to a 6 count including the reduction of the firearms charges following successful argument over firearms classification.

R v Matharu & Others (2017) Southwark Crown Court – Represented an individual who was director of a company that claimed to sell Carbon Credits and gold mining partnerships as investment opportunities. https://www.gov.uk/government/news/carbon-credits-and-gold-investment-company-which-targeted-the-elderly-and-vulnerable-is-wound-up-in-the-public-interest

R v Brown & Others (2017) Bristol Crown Court – Represented a defendant whose case was dismissed mid-trial on the basis of no-case to answer. She fell victim to the fraudsters charms who later used her to register as a director for a fictitious company for the purpose of securing fleet vehicles. She was duped by the fraudster claiming to be a high-flying barrister, property developer/entrepreneur who was later convicted of fraudulently fleecing victims of £92,000. https://www.lawgazette.co.uk/law/fake-lawyer-jailed-for-eight-years-after-92000-fraud/5062522.article

R v Rawson & Others (2017) Southwark Crown Court – Represented an individual employed by a boiler house company (JBi Systems/JBi Capital and Netlink Services) responsible for procuring fraudulent mobile phone contracts from all the big providers with a view to dishonestly retaining handsets to be sold on and fraudulently abusing the contracts issued to them for a commercial profit i.e. by placing the numbers in gateways to offer other companies text-marketing services. She was convicted but received a suspended sentence thanks to the efforts of her legal team who put forward detailed mitigation on her behalf. https://metro.co.uk/2017/10/30/gang-duped-hundreds-of-students-in-massive-2000000-mobile-phone-fraud-7039014/

R v Patel (2016) Warwick Crown Court – Represented an individual who was an experienced HGV driver convicted of causing death by dangerous driving on the A46 near Coventry. The case involved significant expert evidence which highlighted the difficulty in dealing with such cases without strong and reliable expert evidence to assist the jury in coming to their decision. https://www.birminghammail.co.uk/news/midlands-news/lorry-driver-ploughed-hgv-smash-12267751

CONSPIRACY TO SUPPLY, POSSESSION OF CLASS A, MONEY LAUNDERING

R v Abbrey & Others (2017) Bournemouth Crown Court – Represented an individual involved in transporting and supplying class a drugs on a commercial scale to the Bridport area between September 2015 and January 2016. https://www.dorsetecho.co.uk/news/15152208.Three_people_jailed_for_running_a_drug_netwrok_in_West_Dorset/

R v Kadurugamuwa (2016) Represented solicitor who held £100k in stolen cash obtained by fraudster who posed as a high-profile broker who received 100 million euros belonging to Swiss shipping company Allseas SA to be put into investments to yield a greater return. She was acquitted after a 6 month trial on one count of money laundering and convicted of another and handed a suspended sentence by HHJ Pitts. Following litigation with the SRA, she was allowed to retain a conditional practicising certificate. https://www.mirror.co.uk/news/uk-news/gullible-solicitor-who-held-100k-7510086

R v Porczynski (2016) St Albans Crown Court - Represented a mentally ill Polish national who was convicted of murdering Nicola Cross in her home and kidnapping her two young children. He was committed to a psychiatric unit for an indefinite period under a Hospital Order. There was widespread press of this case following an initial unsuccessful attempt by the press to lift a Restricted Reporting Order imposed by the court owing to the involvement of two young children. https://www.google.co.uk/search?q=porczynski+marcin&oq=porczynski&aqs=chrome.2.69i57j0l5.7295j0j4&sourceid=chrome&ie=UTF-8

R v Langdell (2016) St Albans Crown Court - Represented an individual who murdered a school teacher whom he met online on Plenty of Fish during their first date. He was sentenced to life after a guilty plea. There was a significant psychiatric angle to this case as there was questions as to his state of mind. It was eventually concluded that he was of sound mind and knew what he was doing throughout the incident and would therefore not fall to be considered under the Mental Health Act. https://www.dailymail.co.uk/news/article-3623493/Plenty-fish-killer-Carl-Langdell-jailed-life-murder-Katie-Locke.html

R v Kadri (2016) Southwark Crown Court – Represented client who was convicted with another of conspiring with the operations manager of the Royal Horticultural Society to defraud them whereby they obtained over £700,000 in payments for fictitious work rendered for the RHS over a 10 year period. https://www.telegraph.co.uk/news/2016/09/09/ex-rhs-manager-jailed-for-masterminding-700k-scam-to-fund-party/

FRAUD BY ABUSE OF POSITION

CONSPIRACY TO SUPPLY AND MONEY LAUNDERING

R v Hasanaj (2015) Luton Crown Court – Represented an individual who was acquitted after trial of being involved in conspiring to supply drugs and money laundering as part of an Albanian drugs cartel. Davinder travelled to Kristiansand, Norway to collect crucial defence evidence which helped acquit this individual after trial. https://www.lutontoday.co.uk/news/crime/gang-jailed-for-conspiracy-to-supply-drugs-and-money-laundering-1-6781343

R v Kolkonovs & another (2015) Northampton Crown Court – Murder involving a vicious attack by two Russians on another killing him in their home address and seriously injuring a second victim.

R v Khan (2014) Kingston Crown Court - Represented mother of six jailed for promoting terrorism on Facebook and inciting terrorism in Syria. Davinder later facilitated a full and frank interview with the BBC regarding her beliefs and her reasons for placing radical Islamic propaganda online. It is alleged that she also assisted others plot their route to Syria and in close contact with individuals who had visited and trained in the camps before returning to the Uk. Those individuals were tried separately under the Terrorism Act. https://www.bbc.co.uk/news/uk-england-30439913

CONSPIRACY TO FACILITATE THE BREACH OF IMMIGRATION LAW

R v Akhtar & Others (2013) Harrow Crown Court – Individuals involved in the set up and running of a college (Middlesex College) in the West London area which assisted visa applications for bogus foreign students. https://www.getwestlondon.co.uk/news/local-news/college-head-jailed-over-visa-5967633

R v Abad & Others (2012) Southwark Crown Court - Represented defendant in multi-million pound counterfeit goods smuggling gang responsible for bringing in one of the largest hauls of counterfeit goods into London. This case was the subject of a BBC documentary entitled “Smugglers” first aired on ITV. https://www.standard.co.uk/news/gang-convicted-over-5m-haul-of-designer-fakes-7305961.html

R v Pogoson and others (2010) Southwark Crown Court – Part of the team that represented Mrs Pogoson, personal assistant to James Ibori (former governor of the Delta State of Nigeria) who was acquitted after trial. She was tried along with Mr Ibori’s sister and friend for corruption, money laundering and fraud, the latter two were convicted after trial. One of Scotland Yard’s highest profile cases operate in conjunction with the Nigeria to help wipe out corruption within the Nigerian political infrastructure. Facilitated numerous trips to Nigeria to undertake field enquiries and obtain witness statements in furtherance of her defence. https://www.ft.com/content/6d2552d8-6e70-11df-ad16-00144feabdc0

R v Suleman & Others (2008) Southwark Crown Court – Part of the team that represented an individual charged as one of the directors of Vintage Wines of St Albans responsible for defrauding high-net American investors through offering fraudulent wine investments. Davinder facilitated defence enquiries with a number of witnesses throughout the USA in preparation of the defence case. https://www.decanter.com/wine-news/four-wine-dealers-imprisoned-for-fraud-77500/

R v Nolan & others (2005) Kington Crown Court – Part of the team that represented 4 defendants involved in the Heathrow Menzies heist in 2004 involving a plot to steal £33m of gold, cash and diamonds involving an inside man at the Swissport warehouse in Heathrow. http://news.bbc.co.uk/1/hi/uk/4252406.stm

Regularly represents individuals subject to prosecution by Her Majesty’s Revenue and Customs for VAT, excise and other forms of tax fraud including missing trader fraud.

Has represented individuals subject to prosecution by the Department of Business, Energy and Industrial Strategy formerly known as Business and Innovation and skills in relation to

Perrin Stevens Limited - Prosecution led by the Health & Safety executive against a production firm who built and supplied fairground rides, one of which led to a malfunction causing a passenger to become ejected and suffering serious injuries at the Sonisphere festival. https://www.shponline.co.uk/four-sentenced-following-teenagers-serious-injuries-on-fairground-ride/

"I can attest to his remarkable work ethic, his unshakeable commitment to standing up for the interests of all his clients, his shrewd tactical approach to preparing the defence case, and his passionate desire to win the best outcome for everyone he represents. He is an exemplary solicitor whom I have no hesitation in recommending to anyone charged with a serious offence”. Jo Sidhu QC

I would confidently endorse him as a self-assured and confident solicitor who will fight to represent his client’s corner in the face of all adversity.” Benjamin Aina QC." 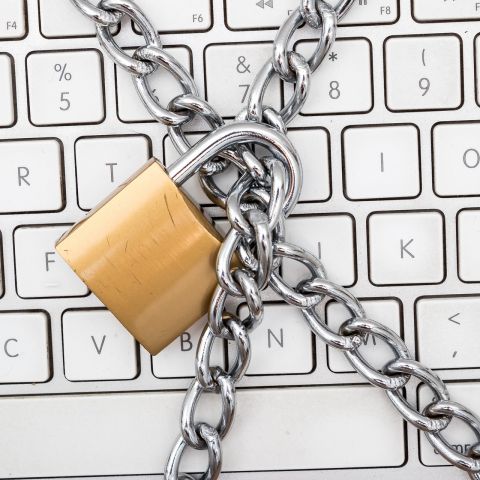 Do I have to give the police my phone PIN?

Do I have to give the police my phone PIN?   The simple answer is no, but there are potential consequences in certain circumstances.   When can they ask?   It is arguable that the police could ask yo... Read more